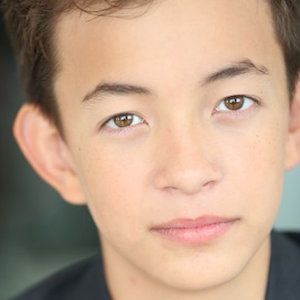 Actor who became notable for his role as Dilton Doiley on The CW's Riverdale. He has had numerous guest roles on shows such as The Thundermans, Melissa & Joey, Children's Hospital, Private Practice and The Young and the Restless. He made his Broadway debut as Flounder in The Little Mermaid.

He was honored with a Child Actor Recognition Award in 2010 and 2011 and nominated for a Young Artist Award in 2010.

He had a supporting role in 2012 film White Frog and was cast as a top billed actor in the 2015 film The Sound of Magic.

He is the middle child between sisters Riley, Glory, Saylor and Disney Channel star Piper Curda.

He performed in a Sam Mendes-directed stage production of Charlie & The Chocolate Factory in the title role of Charlie Bucket.

Major Curda Is A Member Of