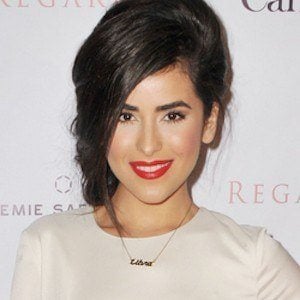 Beauty and lifestyle blogger known for her self-titled blog, she began a YouTube channel to accompany the incredibly popular blog in 2014. She has since gained an audience of more than 490,000 YouTube subscribers and well over 1.1 million Instagram followers.

In 2011, she began blogging while studying radio, television, and film at the University of North Texas.

She and her blog have been featured in numerous publications from Lucky Magazine to Access Hollywood. She also founded the beauty subscription service The Bless Box.

In May 2015, she married her college sweetheart Stevie Hendrix.

In the fall of 2015, she modeled for Tommy Hilfiger alongside model and fellow Instagram sensation Toni Mahfud.

Sazan Barzani Is A Member Of