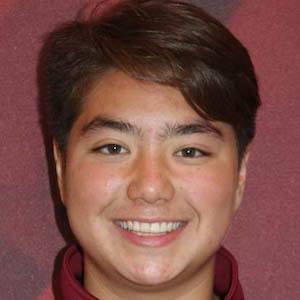 Activist notable for being the first openly transgender swimmer in NCAA Division I swimming history. He was recruited to swim for the Harvard men's swimming and diving team.

He and three USA swimming teammates set a USA swimming national age group record at the at the 2013 USA Swimming AT&T National Championships in the 400yd medley relay event. He was an accomplished high school and club team swimmer.

He transitioned from female to male during a gap year. He was previously recruited by Harvard to be part of the Women’s Swimming team.

He and his brother, a fellow swimmer, were born to parents Gregor Bailar and Terry Hong. He was born in New York City and raised in McLean, Virginia.

He and Katie Ledecky were two of the four swimmers who worked together to set the 400yd medley relay record at the 2013 USA Swimming AT&T Winter National Championships.

Schuyler Bailar Is A Member Of