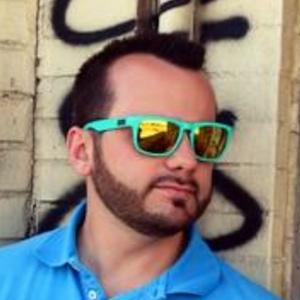 Creator and host of the live show Let Your Google Hang Out, he is a former co-producer of the online variety entertainment network stirfryTV. He also video blogged every day for 1 year on SCOTTaMINUTE.

He worked as a pet store manager for 7 years and created his first YouTube channel in April 2006 while attending a Motion Picture Production class during his senior year of college. He's since produced more than 1,000 videos for YouTube.

Ford selected him as a Fiesta Movement agent to travel 30,000 miles across America in a 2014 Ford Fiesta where he documented his journeys throughout 2013 on social media.

He was born in Buffalo, New York and later moved to Portland, Oregon. In February 2015, he began seeing his girlfriend Carissa.

He was featured on RayWilliamJohnson's Equals Three show in 2011.

Scott Kinmartin Is A Member Of