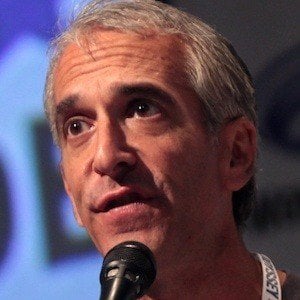 Best known for having produced the entertainment journalism TV series Access Hollywood on the E! Network. He first began his time on the show in 2009 as an on-air film critic before becoming a segment producer in 2015.

He has also served as a contributor for the Entertainment Insiders website, EInsiders.com. In 1998, he contributed to the Sci-Fi channel's Sci-Fi Entertainment program as its on-air host.

He was born and raised in Philadelphia, Pennsylvania, and later moved to Los Angeles, California. In 2009, he married Andrea Sabesin.

He appeared in the A&E channel's Biography specials on both Tom Cruise and Robert De Niro.

Scott Mantz Is A Member Of