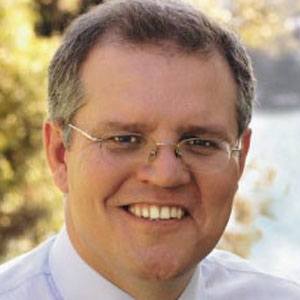 Australian Liberal Party politician who was elected to the House of Representatives in 2007. In 2013, he was appointed Minister for Immigration and Border Protection. He became the 30th Prime Minister of Australia.

He attended the University of New South Wales, where he studied geography and economics.

He was heavily criticized for his role in implementing Operation Sovereign Borders, a program created to deter people from seeking asylum in Australia.

He was born in Waverley, Australia to a mother named Marion and a father named John. In January 1990, he married his wife Jenny, with whom he had two daughters.

He began serving in the Australian Parliament during the administration of Prime Minister Kevin Rudd.

Scott Morrison Is A Member Of