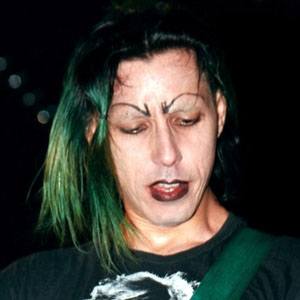 American guitarist also known as Daisy Berkowitz, who played lead guitar and was the co-founder of the group Marilyn Manson.

He first learned to play the flute and the snare drum at a young age and was part of his school's chorus in sixth grade.

He formed a new band called The Daisy Kids in April 2013 with !PAUS3.

He moved to Fort Lauderdale, Florida with his family in 1980.

He was part of Marilyn Manson's band until 1996.

Scott Putesky Is A Member Of