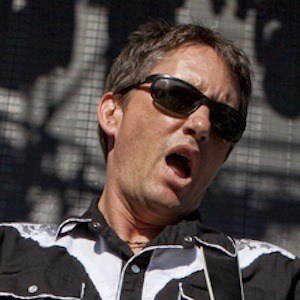 Most well known for serving as the bassist for the punk rock band Face to Face. He has also performed with the bands Viva Death, Me First and the Gimme Gimmes, Jackson United, and 22 Jacks.

He joined Face to Face in 1995 to replace the band's original bassist Matt Riddle. He would eventually become the band's co-songwriter and co-producer.

His brother, Chris Shiflett, is the guitarist for the Foo Fighters.

He is joined in Face to Face alongside Trever Keith, Danny Thompson, and Dennis Hill.

Scott Shiflett Is A Member Of