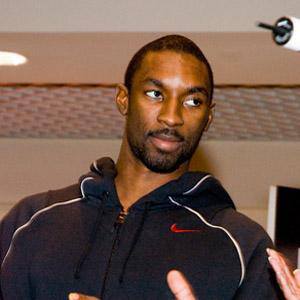 NBA shooting guard known for his three-point shot; became the first rookie to ever win the NBA's Sixth Man of the Year award in 2005 as a member of the Chicago Bulls.

He had a distinguished college career at the University of Connecticut, winning an NCAA Championship with the team in 2004 before being selected 3rd overall by the Bulls in the NBA Draft.

In January, 2010, as a member of the Detroit Pistons, he scored the 10 millionth point in NBA history.

He was born in London to Jamaican parents, but he grew up in Mount Vernon, New York.

He was teammates with the great Derrick Rose for a season on the Chicago Bulls.

Ben Gordon Is A Member Of