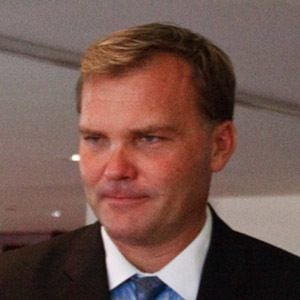 American sportscaster and former football quarterback who is known for having played for the New England Patriots and the Miami Dolphins. He is also recognized for appearing as a commentator on WCVB-TV and for the Patriots radio broadcasting team.

He attended the University of Maryland and was selected in the 1991 NFL Draft by the New England Patriots. He retired in 2000 and started his announcing career in Rhode Island on the sportstalk show The Score.

He is known for having been the Patriots radio broadcaster during their fourth and fifth super wins in both Super Bowl XLIX and Super Bowl LI.

He was born and raised in Pittsburgh, Pennsylvania. He married his wife Amy in Massachusetts and together they have three children.

His reaction to Tom Brady's touchdown pass to Kenbrell Thompkins in the October 13, 2013 game against the New Orleans Saints went viral.

Scott Zolak Is A Member Of