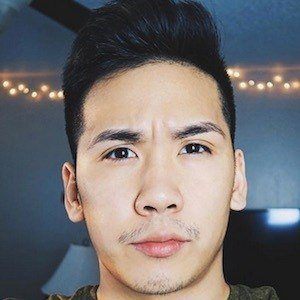 YouTube vlogger who is known for his eponymous channel. He has gained popularity there for his frequent personal vlog testimonials, which include challenge completions, college advice, and his fitness regimen.

He has amassed more than 10,000 subscribers to his YouTube channel. One of his most popular videos there, "BOYFRIEND TAG", has earned more than 175,000 total views.

He often posts alongside his boyfriend, who he began dating in October 2013.

He and fellow YouTuber Billy Kearney have both gained popularity for their personal vlog entries.

Scotty Arh Is A Member Of