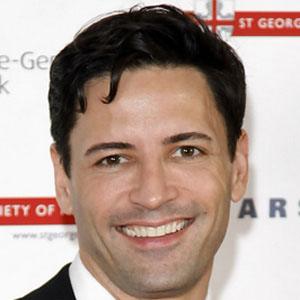 Broadway and West End actor who is best recognized on television as Marcus on HBO's Sex and the City. Some of his Broadway credits include a stage adaptation of The Little Mermaid and Saturday Night Fever.

He started acting in 1995 and had one of his earliest film roles as a dancer in the 2002 musical Chicago.

His West End credits include performances in On the Town and Crazy For You.

He was born in Reno, Nevada.

He appeared on the long-running series Grey's Anatomy which features Sandra Oh.

Sean Palmer Is A Member Of