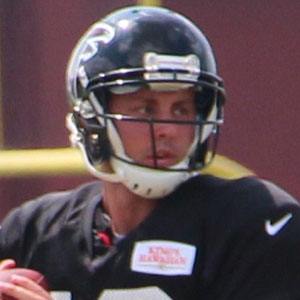 NFL quarterback who was drafted by the Atlanta Falcons in the 2013 NFL Draft. At Duke University, he was a three-time Academic All-ACC selection.

He attended Notre Dame Prepatory School, where he was Arizona's 4A Player of the Year.

He won the ACC's Jim Tatum Award for academic performance by a student-athlete in 2012. He also won the Carman Falcone Award as Duke MVP the same year.

His brother, Charlie Renfree, played center at the University of Wyoming.

He served as the backup to Pro Bowl quarterback Matt Ryan upon being drafted by the Falcons.

Sean Renfree Is A Member Of