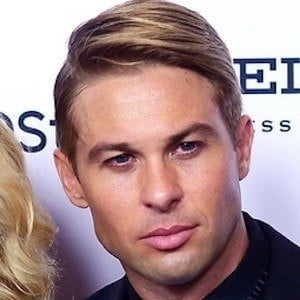 Urban pop artist and multi-talented entertainer as a singer, songwriter, dancer, and actor who broke through with the release of his 2013 debut single "S.W.C ft. Mark Cole."

He trained in formal gymnastics when he was six years old and was choreographing trampoline routines by the time he was ten.

He has landed a number of television and film credits, appearing in movies like The Producers, Bring It On: All or Nothing, Step Up 3D, Burlesque, and My Week with Marilyn. His TV credits include Crazy Ex-Girlfriend and Drake & Josh.

He was born in Pennsylvania and raised in South Jersey as the middle of five children. In 2015, he began dating Trisha Paytas; they later broke up in 2016.

He has worked with some of the most popular artists in music, including Rihanna, Beyonce, Cher, Michael Jackson, and Usher.

Sean Van Der Wilt Is A Member Of