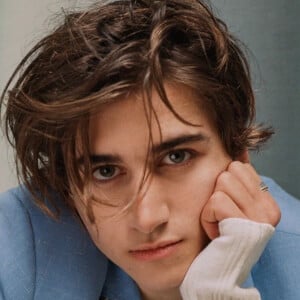 British actor selected to play the younger version of Eddard Stark in the sixth season of HBO's hit drama series Game of Thrones. He is featured in the third season of Showtime's Penny Dreadful. He was also an actor on the Netflix series Heartstopper.

He was cast in his first professional production when he was seven as part of a tour of Chitty Chitty Bang Bang while he was attending Dragon School.

Stage performance credits of his include the Sam Mendes' directed Oliver, a production of Les Miserables, the Royal Shakespeare Company's Matilda, Coriolanus alongside Tom Hiddleston, and the lead role in The Secret Diary of Adrian Mole The Musical.

Sebastian Theodore Kemble Croft was born to a businessman father, John Croft, and mother Doulla Croft who began working as an executive at Facebook. He is a direct descendant of actor and manager of the Theatre Royal Drury Lane, John Philip Kemble.

He was cast to portray the younger version of the character that Sean Bean portrayed in season one of Game of Thrones.

Sebastian Croft Is A Member Of