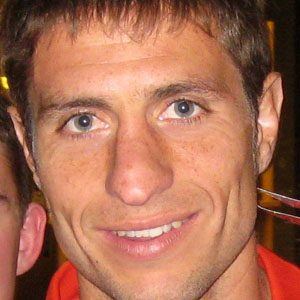 Midfielder who began his long tenure with the Uruguayan national team in 2001. He helped AIK win the Swedish Super Cup in 2010 and led Palmeiras to a Campeonato Brasileiro Serie B title in 2013.

He debuted professionally for the Montevideo Wanderers in 1999.

He scored his first international goal on May 28, 2008 in a friendly against Norway.

He and Luis Suarez became teammates on the Uruguayan national team.

Sebastian Eguren Is A Member Of