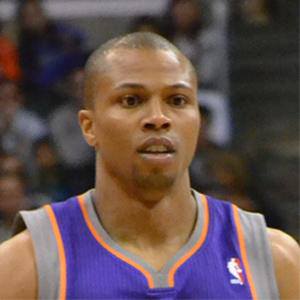 NBA point guard who played for 6 NBA teams after being drafted by the Portland Trail Blazers in 2004.

He was set to play basketball at the University of Louisville after high school, but instead decided to go directly to the NBA.

Despite being surrounded by hype when he entered the NBA, he never averaged more then ten points per game in any season.

His cousin Stephon Marbury was an All-Star NBA point guard. He has a son named Sebastian Telfair Jr. and a daughter named Samaya with his wife Samantha Rodriguez.

He was the 13th overall pick of the 2004 NBA Draft; the first selection was Dwight Howard.

Sebastian Telfair Is A Member Of