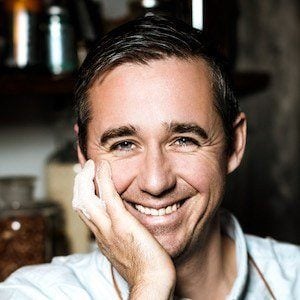 Baker and restauranteur known for his award-winning all-in-one bakery, cafe, and restaurant Petite France. He would go on to gain widespread fame as a jury member on the Channel 5 television series Dessertmästarna.

He originally began his career working for a bakery in Malaga. He would go on to open Petite France in Stockholm, Sweden in 2008.

In 2012, he authored his first cookbook, Den franske bagaren : surdeg, mat, kärlek. He then followed in 2014 with The French Baker: Authentic Recipes for Traditional Breads, Desserts, and Dinners.

He was born in Paris, France to family of fellow bakers. He met his wife at the age of twenty-five. His wife is Swedish.

He gained popularity as a judge on a cooking show, much like Mary Berry of The Great British Bake Off.

Sebastien Boudet Is A Member Of