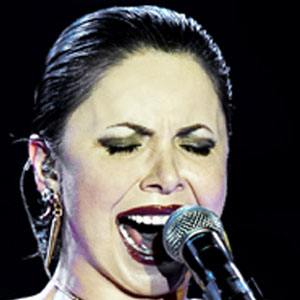 Songwriter, guitarist, and composer who was the lead singer of the all-female hard rock band, Volvox.

She attended Istanbul University and the Middle East Technical University.

She was raised in Yalova by her immigrant parents from Skopje. Her father died in the 1999 İzmit Earthquake.

Sebnem Ferah Is A Member Of