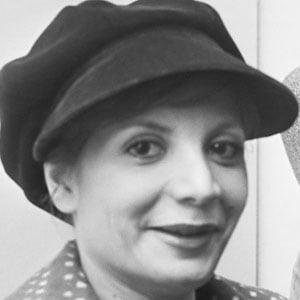 French singer with a multi-decade career known for albums like Rien Que Nous. She has also been well-respected singer for radio and TV since the 60's.

She was born Patricia Aznavour and studied music at the Armenian Virgins College of Paris.

She branched out into acting for a brief period of time, appearing as an actress in the 1971 film The Lion's Share.

Her father is the famed French artist and diplomat Charles Aznavour.

Her father, Charles Aznavour, is one of the world's most famous French singers, responsible for albums like 1965's Monsieur Carnaval.

Seda Aznavour Is A Member Of