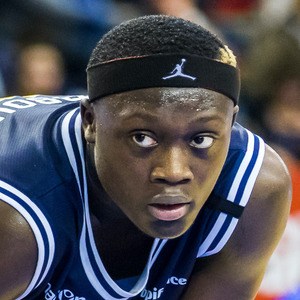 Forward who became a star in France while playing for Poitiers Basket 86 and Limoges CSP. He was selected 15th overall in the 2019 NBA Draft by the Detroit Pistons.

He was born in Guinea, but his family moved to France when he was one year old. He was originally a soccer player and did not play basketball until age 12.

He helped lead France to a gold medal at the 2016 FIBA Europe Under-18 Championship.

Upon joining the Pistons, he became teammates with star forward Blake Griffin.

Sekou Doumbouya Is A Member Of