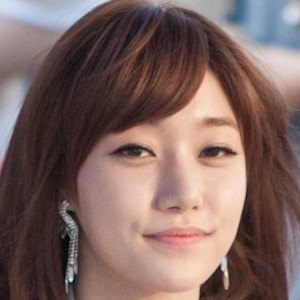 K-pop singer known previously as one member of the eight piece girl group the Nine Muses. After departing the group in 2014, she launched her own self-titled YouTube channel where she has posted videos about her music and her daily life.

She was one of the founding members of Nine Muses. The group formed in 2010 and released their debut single "No Playboy."

In 2013, Nine Muses earned the title of Best Female Group at the KPOP+Music Awards.

She was born and raised in Busan, South Korea.

She was joined in Nine Muses by fellow K-pop singer Park Kyung-Ri in 2012.

Sera Ryu Is A Member Of