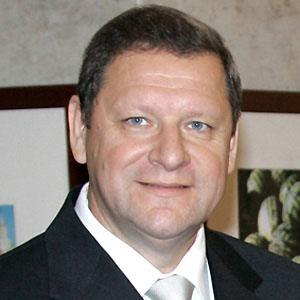 Prime Minister of Belarus from July 2003 to December 2010. He is also an expert in vacuum-plasma technologies and has written more than 40 scientific publications.

He was an electrician and graduated from the Belarusian Institute of Railway Engineers.

He served as the Deputy Prime Minister of the Republic of Belarus from 2001 to 2002.

He has been married and has daughters.

He and Polish President Lech Walesa both worked as electricians.

Sergei Sidorsky Is A Member Of