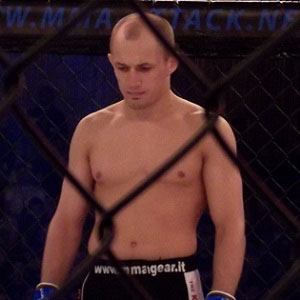 Lightweight gold medalist at the World Sambo Championships in 2007, 2009, and 2012 who signed with the U.S.-based Bellator MMA.

His first fight, which was with a promotion called Zst 7, was ruled a draw.

He was born in Vilnius, Lithuania.

Sergej Grecicho Is A Member Of