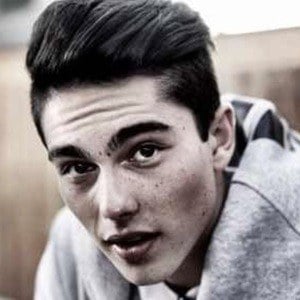 Mexican model who has worked with the clothing brand Calvin Klein. He is a social media sensation with 450,000 Instagram followers and 30,000 Twitter followers.

He attended the Missouri Military Academy.

He released a single called "Green Eyes" which he published to YouTube.

His parents are Bárbara Mori and Sergio Mayer. He has a daughter named Mila with Brazilian model Natalia Subtil. In 2017, he began dating fellow model Raquel Chaves.

He posted a photo to Instagram of him with Fabiola Campomanes.

Sergio Mayer Mori Is A Member Of