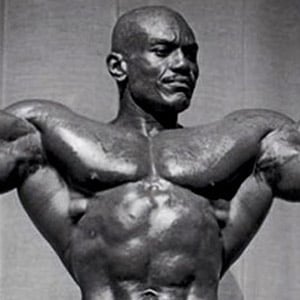 Cuban bodybuilder commonly referred to as "The Myth". He is the second bodybuilder to win the Mr. Olympia competition and the first Hispanic.

He served in Fulgencio Batista's army in the fight against Fidel Castro.

He was named Mr. Galaxy and Mr. International twice during his illustrious bodybuilding career.

His father was a field worker in Guanabacoa.

He co-starred with luchador Mil Mascaras in the 1975 wrestling film "El Poder Negro."

Sergio Oliva Is A Member Of