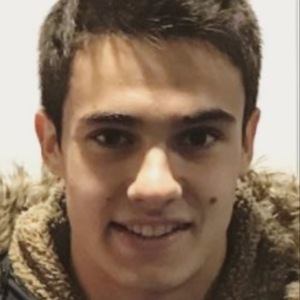 Spanish soccer player who gained fame playing for Real Madrid. In July 2019, he began playing on loan for Sevilla FC. In September 2020, he signed with Tottenham Hotspur.

He began playing for Real Madrid at the age of 4.

He is verified on Instagram and has 1.9 million total followers. Also a gamer, in May 2019, he signed with the eSports squad Team Heretics which features prominent gamers such as co-founders TheGrefg and Goorgo.

He was born and raised in Madrid, Spain. He has a brother named Diego. In May 2019, he began dating popular YouTuber Marta Díaz.

He has been coached by Zinedine Zidane.

Sergio Reguilón Is A Member Of