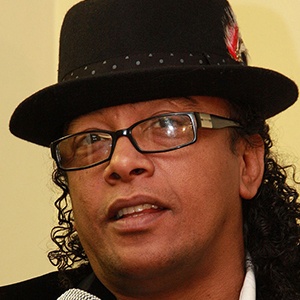 Dominican merengue singer who is known for albums such as 1994's El merengue se baila pegao and 2010's A Merengazo.

His parents are named Ana Parra and Sergio Vargas.

He and Richard Camacho are both popular Dominican singers.

Sergio Vargas Is A Member Of