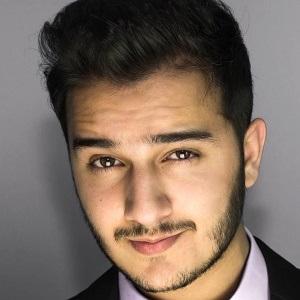 Comedic video content creator who became immensely popular through his Facebook page, where he has more than 2.3 million likes. His videos take aim at Desi specifically South Asian-Canadian, family culture, traditions and traits. His "There are 2 types of siblings..." video from March of 2017 has been viewed over 12 million times.

He began creating video content in 2013, but wasn't consistent at the start. He only found success when he began posting consistently.

He studied business marketing while residing in Canada. He launched a YouTube channel that has more than 3.2 million subscribers. He won "Vlogger of the Year" in the 2021 PISA awards.

He was born and raised in Islamabad, Pakistan before moving to Canada. He has posted photos of his mother on his Instagram. He has four brothers. His brother Sunny is also a social media star. In December 2020, he got engaged to Ayesha Baig. They were married in October 2021.

Shahveer Jafry Is A Member Of