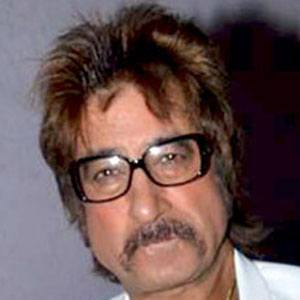 Star Bollywood actor known for his villainous roles in such films as Rocky, Qurbani, and Himmatwala. For his role in the 1995 film Raja Babu, he broke type and earned a Filmfare Award for Comedy.

He began his Bollywood acting career in the late 1970s; some of his early films include Darwaza and Sargam.

His marriage to Shivangi Kapoor resulted in a son, Siddhanth, and a daughter, Shraddha, both of whom had acting careers.

He played a major role in the 1983, Subhash Ghai-directed feature, Hero.

Shakti Kapoor Is A Member Of