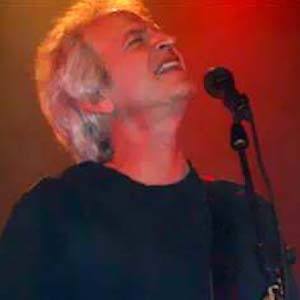 Rock singer who is known for bringing rock music to the forefront of Israeli culture. Some of his best work was produced by Arik Einstein.

He got his first jazz guitar at 12, and had written his first son "Laila" by age 14.

His 1981 album White Wedding marked a change in his vocal tone, an increase in the complexity of his music, and a darker, more personal lyrical content.

He was born in a Jewish community known as Kibbutz Mishmarot to his parents Chaim and Sarah.

He and Gene Simmons are both rock singers from Israel.

Shalom Hanoch Is A Member Of