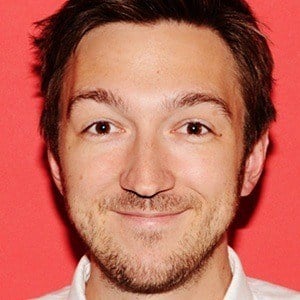 Former BuzzFeed writer and video producer behind hit videos like "We Let Some Dogs Watch TV And They Were Positively Riveted" and "What Your Birthday Says About You." He ran the YouTube channel BuzzFeed Unsolved with Ryan Bergara. In 2019, he left BuzzFeed and formed Watcher Entertainment alongside Bergara and Steven Lim.

In December 2014, he posted his first video to BuzzFeed titled "Unusual Facts About Diet Coke."

He is one of the producers behind the BuzzFeed series It's Personal. His shanemadej Instagram account has over 30,000 followers and features multiple selfies along with pictures of his work in video production.

He has lived in Los Angeles, California. He began a relationship with fellow BuzzFeed producer Sara Rubin.

He has worked with a number of fellow BuzzFeed producers including Jen Ruggirello.

Shane Madej Is A Member Of