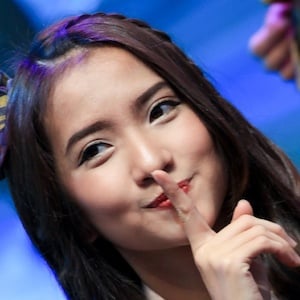 Indonesian pop singer who is best recognized for being a member of the group JKT48. She is also known for her hit singles Everyday Kachuusha, Gingham Check, and Hanya Lihat ke Depan.

She first began working with the JKT48 team as a trainee in March of 2014. In January of 2015, she was promoted to the Team T Formation of the group. Her first single with the group was Kaze wa Fuiteiru.

She has made several media appearances including the variety show The Ichiban in 2016 and in the Magazine Mengejar Mimpi di Negeri Sakura.

She was born and raised in Jakarta, Indonesia and is the brother of Jason Jonathan Harlan.

She shared a photo with fellow JKT48 member Haruka Nakagawa at the Asia-Pacific Film Festival to her Instagram in September of 2018.

Shania Gracia Is A Member Of