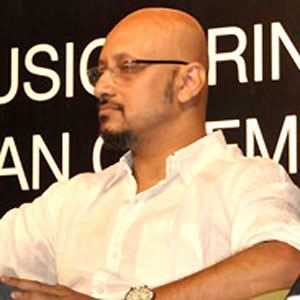 Music director of Hindi films who was best known for his work on "Parineeta" from 2005, "Lage Raho Munnabhai" from 2006, and "3 Idiots" from 2009. He also composed several Indipop albums for Shubha Mudgal.

He worked as a client servicing executive at an advertising agency prior to finding success as a music director. He composed a jingle at the last minute for Pradeep Sarkar and client Uncle Chipps; Sarkar was impressed with his proficiency and creativity.

He won the Filmfare RD Burman Award for New Music Talent in 2005.

His father came from a Bengali musical family. He had a son named Shubham.

He and Bappi Lahiri were both nominated for Filmfare Awards for Best Music Director.

Shantanu Moitra Is A Member Of