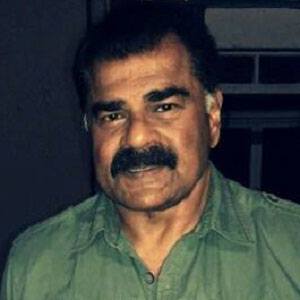 Indian actor who has starred in more than 250 Bollywood films, including Mr. India, Tridev and Gupt: The Hidden Truth. On television, he played the role of Kichaka on the popular series Mahabharat.

He studied Telecommunication and Electronics at Jabalpur Engineering College.

He was nominated for a Filmfare Award for Best Villain for his role as Ronnie in the 1998 film Ghulam.

He married a woman named Shobha and has children named Veera and Vishal.

He co-starred with Kareena Kapoor in the 2011 action comedy Bodyguard.

Sharat Saxena Is A Member Of