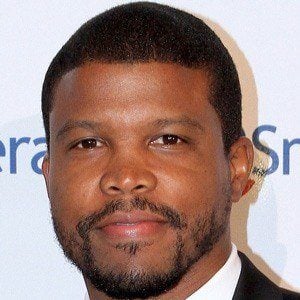 American actor who played the role of Dr. Michael Gallant in the television series ER. He has also played Jones on White Collar.

He graduated with a bachelor's degree in theatre/speech from Northwestern University in 1997.

He was a part of the Kappa Alpha Psi fraternity during his time at college.

He was raised with his family in Chicago, Illinois. He married Bethany Lynn Hotchkiss in September 2014.

He appeared on the television series The Good Wife, starring Josh Charles.