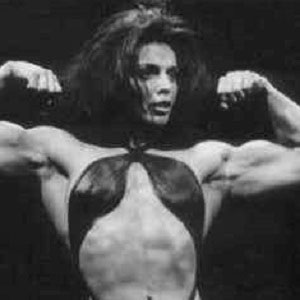 Former Canadian female bodybuilder who competed in events like Ms. Olympia, Ms. International and the IFBB North American Championships in the 90's. She is also a Hollywood actress and stuntwoman who has been featured in films like R.S.V.P. and Smokin' Aces.

She was born in Timmins, Ontario and started out as a fashion model.

She has posed for the cover of Muscle & Fitness and Flex magazines.

She was married to stuntman Scott Workman, who passed away in 2013.

She and Cory Everson both participated in the Ms. Olympia contest.

Sharon Bruneau Is A Member Of