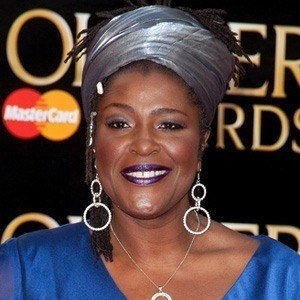 British television actress and singer who played the role of Lola Griffin in the medical drama Holby City.

She had one of her early roles as General Cartwright in the West End theatre production of Guys and Dolls in 1996.

She was part of the girl music group Sixchix which was formed for the Eurovision Song Contest in 2000.

Her family comes from London.

She recorded the title song for Terry Pratchett's album Only You Can Save Mankind with Kerry Ellis.

Sharon D. Clarke Is A Member Of