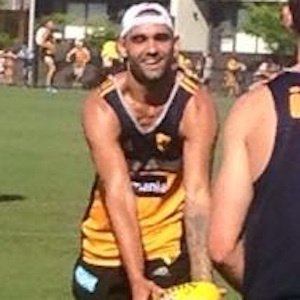 Australian rules footballer who played with the Port Adelaide Power from 2002 to 2009, winning the AFL Premiership in 2004. He later joined Hawthorn, with whom he won back-to-back Premierships in 2013 and 2014.

He was born in Darwin and began his AFL career in 2002.

His brother, Peter Burgoyne, also played for Port Adelaide. He has been a father to four children: Ky, Percy, Leni, and Nixie.

He won the 2013 and 2013 AFL Premiership alongside Hawthorn captain Luke Hodge.

Shaun Burgoyne Is A Member Of