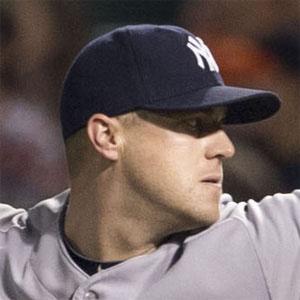 Relief pitcher who joined the New York Yankees in 2013 after playing for the Seattle Mariners from 2009 to 2012.

He played college baseball at Austin Peay State University in 2003 and was later named the Ohio Valley Conference's Pitcher of the Week in 2007 before turning professional.

He earned a bachelor's degree in political science.

He was born to Dennis and Rhonda Kelley and he has a younger brother, Justin.

He joined legendary shortstop Derek Jeter on the New York Yankees in 2013.

Shawn Kelley Is A Member Of