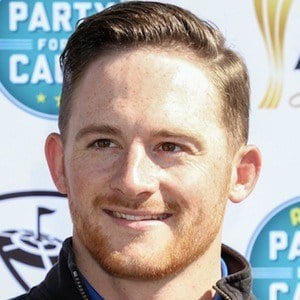 Signed to race for Andretti Autosport in 2015 as part of the Indy Lights series, he has competed for Andretti in both the Pro Mazda Championshiip and US F2000 National Championship as well.

He attended Bob Bondurant race school and would drop out of college to pursue racing full-time.

He debuted on the professional circuit driving a Ford Mustang in the 2011 Continental Tire Sports Car Challenge.

He and Ryan Hunter-Reay were both on the same Andretti Autosport roster.

Shelby Blackstock Is A Member Of