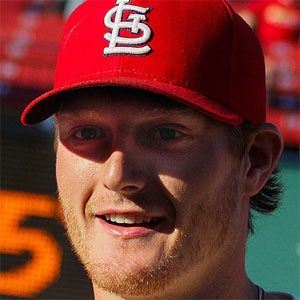 Starting pitcher known for his good fastball and curveball, he was third in the 2012 Rookie of the Year voting as a 15-game winner for the St. Louis Cardinals.

He played football and baseball at Brownwood High School in Texas.

He committed to attend Texas A&M University but chose to sign with the Cardinals instead when they drafted him.

He married Amy Peters in 2013. His father Mitch was a firefighter.

All-Star third baseman David Freese was his teammate on the Cardinals.

Shelby Miller Is A Member Of