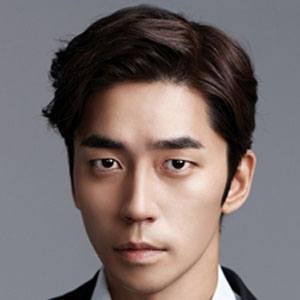 Best known for his work in professional Korean musical theater productions of such classics as Singin' in the Rain and Fiddler on the Roof, this popular actor also appeared on television, winning an SBS Drama Award for his supporting role in Definitely Neighbors.

After briefly studying film and theatre at Suwon University, he performed in a musical stage production of Dracula and went on to star in a 2006 television movie titled Hyena.

For his performance in the musical Dancing Shadows, he was nominated for a 2007 Korea Musical Award.

In 2014, he became romantically involved with South Korean prima ballerina Kim Joo-won. His brother, Shin Je-rok, had a career as a professional basketball player.

In the SBS series My Love from the Star (starring Kim Soo-hyun as an alien named Do Min-joon), Sung-rok played antagonist Lee Jae-kyung.

Shin Sung-rok Is A Member Of