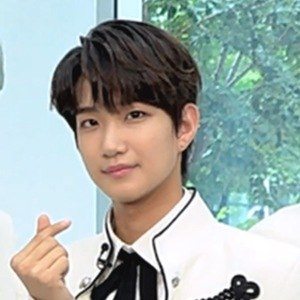 Maknae and sub-vocalist for the K-pop band New Kidd who has performed as part of both sub-units Lemme Spoil U and New Kidd 02 as an original member.

He was an original member of New Kidd along with Jinkwon, Ji Hansol and Yunmin.

His nickname is Little Prince. He appeared in a program called Mad Clown.

He was featured in the music video for Ailee's "Thirst."

Shin Woo-Chul Is A Member Of