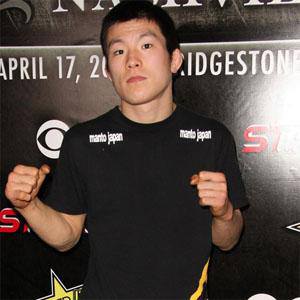 He reached a black belt in Jiu-Jitsu and Judo before beginning his professional fighting career in 2003.

He was awarded Submission of the Year honors by Inside MMA in 2008.

He was born in Shizuoka City, Japan.

He suffered a rare loss against Eddie Alvarez on April 20, 2012.

Shinya Aoki Is A Member Of