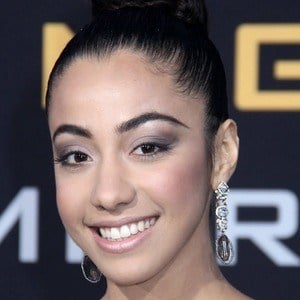 Actress who is widely known for her role as Regina in the Netflix original series The Get Down. She debuted as the character during its 2016 first season.

She is a graduate of Rutgers University's theater school. She earned the role of Regina on The Get Down during her first ever audition.

She was cast to appear in the 2018 sci-fi adventure film Pacific Rim Uprising in November 2016.

She has appeared alongside Jaden Smith on Netflix's The Get Down.

Shyrley Rodriguez Is A Member Of