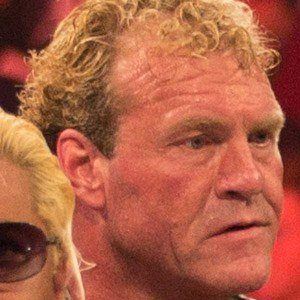 Professional wrestler also known as "Sycho Sid" best known for being a six-time champion in leagues like WWF and WCW. He performed in the main event of Wrestlemania in 1992 and 1997.

He received wrestling training from Tojo Yamamoto and wrestled under the alias "Lord Humongous."

His son, Frank, appeared on the fourteenth season of the reality show "Big Brother."

He appeared with David Arquette in the wrestling-themed comedy "Ready to Rumble."

Sid Eudy Is A Member Of