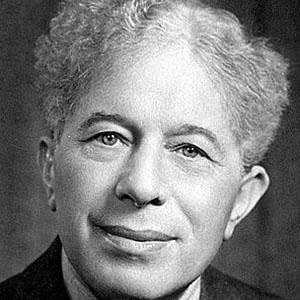 Creator of the landmark Grauman's Chinese Theater in Los Angles.

He bought up several theaters in San Francisco using the money he and his father made during the Gold Rush. He expanded to Los Angeles with the construction of the Chinese theater and the nearby Egyptian theater.

He was one of the few non-entertainers to receive an Academy Award. He was honored for raising the standard for film exhibition. He was also given a star on the Hollywood Walk of Fame.

His father David Grauman took young Sid with him to Klondike, Alaska, during the Gold Rush. They found no gold, but became wealthy providing entertainment to prospectors.

He was a close friend of many of Hollywood's top actors, including Fatty Arbuckle who used Grauman's office in San Francisco to turn himself in to the police.

Sid Grauman Is A Member Of