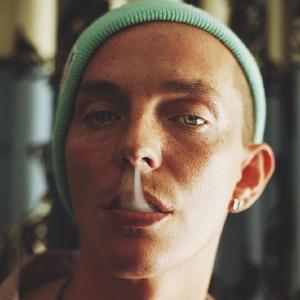 Alongside his similarly talented twin brother Thurman Sewell, he is proficient in skateboarding, acting, writing, and painting and has also dabbled in modeling. He and Thurman are known as the Atl Twins.

He worked a number of jobs growing up, including fast food jobs, a job at Baby's R Us and a position at a warehouse sweat shop for a couple years. He was also a courier, driving 400 plus miles a day around the city of Atlanta.

He and Thurman first gained recognition after Chris Nieratko, a well known skateboarding writer who the twins shared their amazing story with, published a story about them on Vice.com.

He and Thurman were raised in a poor ghetto part of town called Highland Park. At the age of 14, he lost his father. He and Thurman were then forced to live on their own until their mother moved to Atlanta when the twins were 16.

He and Thurman appear alongside James Franco in the 2012 film Spring Breakers.

Sidney Sewell Is A Member Of