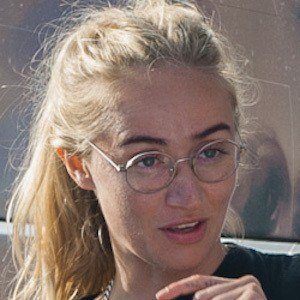 Swedish rapper known for her feminist and anti-racist lyrics, punctuated by a performance at a rally protesting a 2013 neo-Nazi attack. She's released the solo albums Rekviem and Naturkraft.

She grew up writing poems and started rapping after a breakup when she was 22. She was studying for a master's degree in psychology at the time.

She's been a member of the collective RMH.

She is of Syrian and Lithuanian descent. She is openly gay and has dated and performed with Beatrice Eli.

She appeared on an episode of Edit: Dirawi, hosted by Gina Dirawi.

Silvana Imam Is A Member Of